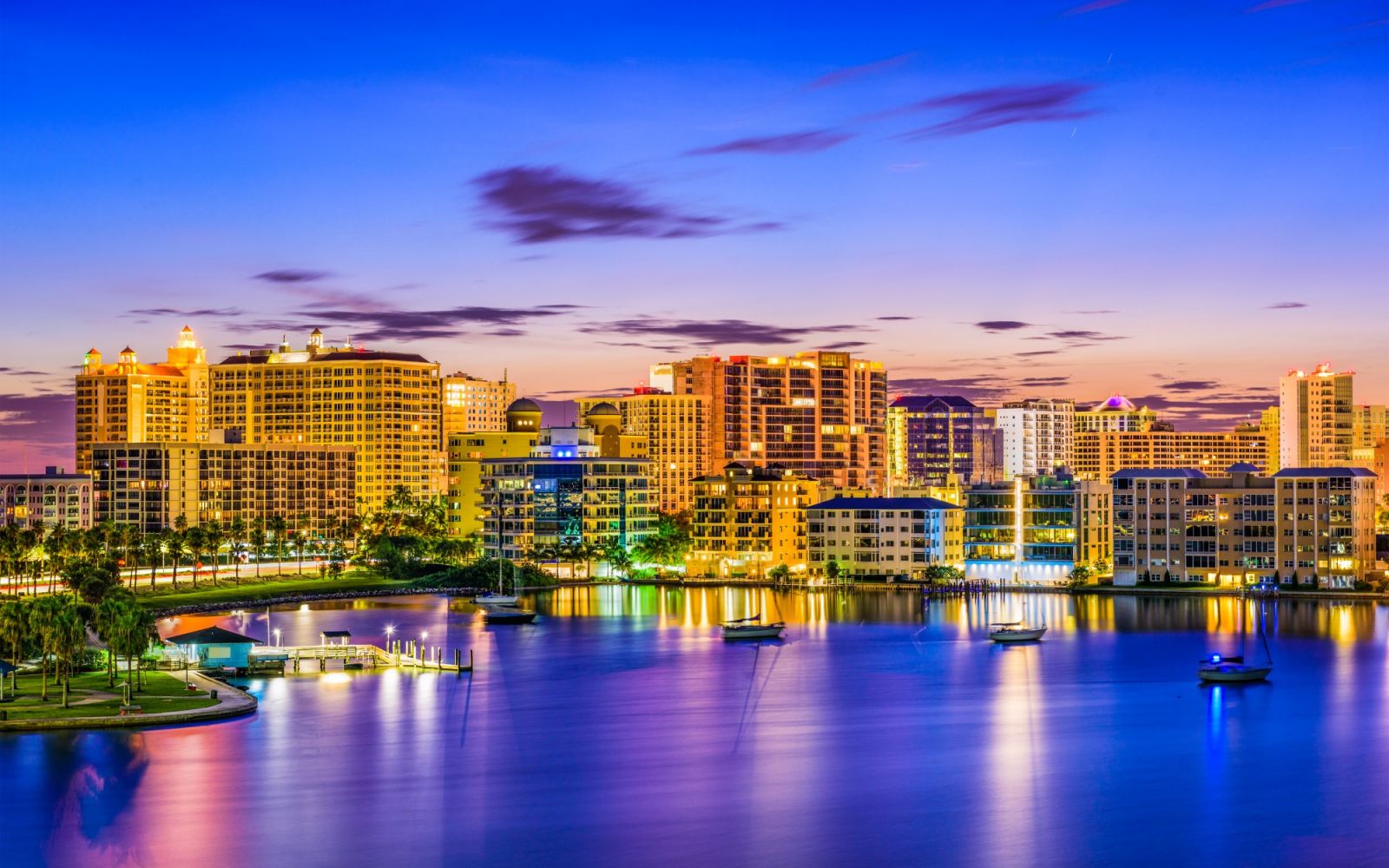 If you want to live in the lap of luxury, surrounded by sparkling coastal waters, able to walk to almost any kind of restaurant or theater production, then you just have to live in downtown Sarasota. There is almost every style of home offered here that you can imagine – high-rise and low-rise condominiums, quaint bungalows from the 1920’s, single-story ranch style homes from the 1950’s, contemporary townhouses – the works!

“Downtown,” as the locals call it, is comprised of several mini-neighborhoods, each with it’s own history and it’s own character.

An eclectic mix of single family homes and apartment buildings dating back to the 1920’s. Most of the streets are paved with bricks and 45 of the homes and structures in Laurel Park have City or National historic register designation. Some new construction is happening there too, but the real draw to this community is the feeling of stepping back in time, yet being able to walk to modern civilization.

This tiny peninsula jets out into Sarasota Bay to the south just before you drive over the John Ringling Causeway Bridge on your way to Lido Beach. Condominiums dominate this 22 acre stretch of land, ranging from the single- and double-story variety to uber-luxurious high-rises. Palm trees line the streets as you meander around the Point, and you’re still only steps away from the restaurants and entertainment on the mainland.

In October 2018, SRQ Magazine dubbed this northern section of downtown “Rising Rosemary”  because of it’s transformation from humble roots to it’s now bustling, revitalized neighborhood. Some of the established condominiums and townhouses are now being combined with newly constructed ones, offering a variety of choices in housing. Several new businesses, restaurants and cafes and other services have popped up in the community and it is still close enough to walk to Main Street.

If you’re into art galleries, shopping, restaurants and upscale salons, you will LOVE living in this part of downtown. Existing high-rise condominiums are being joined by new ones, so there are plenty to choose from. Famous for it’s “First Friday Walks,” it’s a come-one-come-all outdoor event the first Friday of every month, where there is live music, gallery openings and more to be enjoyed from 6 pm to 9 pm.

Another up-and coming neighborhood north of Fruitville Road, this part of downtown was named for Sarasota’s first mayor, John Gillespie. The park itself, which boasts two basketball courts, an off-leash dog park, picnic tables, playground, fitness trail, three tennis courts, outside fitness areas and a pond, is flanked by street after street of single family homes and cottages and small apartment buildings. In March 2020, Sarasota Magazine wrote that “Gillespie Park Is Proof That Walkability Can Turn a Neighborhood Around.”

There is so much more that Downtown Sarasota has to offer – you really need to see it for yourself. And you will definitely want to take advantage of the Sarasota Farmer’s Market held every Saturday on Lemon Avenue.  Call one of our agents, who know and love this town so well, to help you find your keys to Sarasota Paradise!

Serving the Sarasota Bradenton community since 1985.